Jimmy Two-tones is the a main organization leader of most entertainment businesses and underground markets throughout Paradise. While many people know who he is most people don't know of his underworld empire he controls throughout the city. He believes this hold over the city has helped keeep common crime down as he controls most crime that goes on and can take out any who would go rogue or catch the public's eye. He is currently missing in the city after a police sting happened at The Salty Spit. 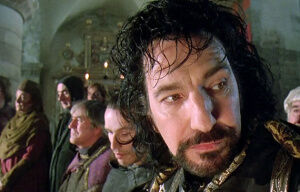 Most of his life before his rise to power in unknown although he did inherit the Salty Spit from a man named Don Needle. Once He took over the Salty Spit he made major adjustments to business most notable being the prostitution of all barmaids that work there though touching the girls without permission or pay can and usually results in maiming loss of coin and turned into the guard under the law of aggravated assault. With his new influx of wealth he began investing in more bars inns manufacturers until he had a large pool of resources to operate with. With all these resources he was able to take over the underworld as nobody could his raw assets and healthy relationships with many city merchants.

Community content is available under CC-BY-SA unless otherwise noted.
Advertisement